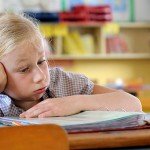 GreatSchools members share stories about the first signs and symptoms of their children's reading issues.

Every parent of a child with a reading disorder can recall those moments — the times when it became obvious something was amiss. Maybe the child was reversing letters or failing to recognize rhymes.

Unfortunately, such early signs are rarely seen for what they are: symptoms of a larger reading issue. Instead, the road from when parents first notice a telltale clue to when their child is diagnosed can span years. Looking back, parents may wonder how their child’s education might have been different had they been able to understand those early signs like they do now.

GreatSchools parents of children with a learning difficulty took a moment to share their stories in response to the question “What were the first signs or symptoms that your child had an LD?” As you read, you’ll notice that for many parents full diagnosis didn’t come until third grade, even though the signs were there as early as kindergarten or, in some cases, preschool. All agree that early intervention is imperative and that the first step typically begins with a parent noticing something is wrong.

My daughter spoke at a very young age and had a large vocabulary but mixed up sounds. For example, “” was pronounced as “Alavama,” and “spaghetti” sounded like “bisketti.” She had difficulty learning her colors and how to tie her shoelaces.

She loved books and being read to but had difficulty breaking apart sounds. For example, she could not figure out that if you removed the “k” sound from “cat,” it would be “at,” or that if you added a “b” sound to “at,” it would be “bat.” She had trouble understanding that if I said “baseball” and asked her to not say “ball,” only “base” would be left.

We had concerns in preschool but were repeatedly told not to worry — that it was just a developmental lag. It wasn’t until third grade that we had a definitive diagnosis (because we went outside the school system). This GreatSchools article is a must-read for every parent, “Is It a Reading Disorder or Developmental Lag?”

I also wish I had known about the following websites: Get Ready to Read!, Starfall.com, and Bright Solutions for Dyslexia. — by dhfl143

The virtues of early intervention

I have two kids with dyslexia. With the first one, we did not discover his disorder until he was finishing third grade.

Ever since my son was little, he had a speech problem, and only I understood what he said. But when I asked his doctor or other people, they told me that it wasn’t unusual, that boys speak later than girls.

When he started first grade, because of behavior issues, we took him to a doctor who [diagnosed him with a] hyperactivity disorder. So we were only treating him for that. By this time his speech had improved, but the way he wrote continued to bother me. He made the letters [correctly], but the stroke was backward or inverted. Also, when we studied spelling, 10 minutes later he would forget the words and mix up the letters.

We live in Nicaragua, so we took him to Costa Rica, where he was diagnosed with ADD and dyslexia. We were finally able to start treating the problem.

With my second boy, it was different. I was more aware of the signs, which were the same at first. He had difficulty pronouncing words, and again only I seemed to understand him. This time we caught everything earlier. He had delayed motor skills and language at age one and a half, as well as a problem with sequencing and numbers. By the end of first grade, we went back to Costa Rica to have him tested.

I can say that children develop so much differently if you can catch dyslexia early. There is far less damage to their self-esteem, and you see better results from the therapy. In both cases the school was not the one to tell me that something was wrong — I trusted my feelings. — by Octaviana

My child always had problems mixing up sounds and adding letters to words that should not be there. Also, after two years of preschool and one year of kindergarten, she could not remember all the letters of the alphabet and had problems associating sounds with letters. She would mix up “tomorrow” with “yesterday,” “right” and “left,” “up” and “down,” etc. But I didn’t think it was anything serious; I thought she would outgrow it.

Another sign was her extreme difficulty in reading little words such as a, an, to, for, the. She would read them on one page and forget them on the next. I always thought this was strange. It was as if she did not have any recall or retrieval abilities to remember what she had just read.

The psychologist who tested her classified her condition as a “nonspecific learning disability,” but I also hit the library, read Overcoming Dyslexia, and had my “aha!” moment then. All signs that Dr. Sally Shaywitz described were there, and I knew my daughter’s condition had a name. — by Belamaria

Our story is pretty typical. My twins seemed to be quite smart, and according to all the baby books, they were advanced or right on target. When they were about two and a half, twin B began regressing in her speech and letting twin A be the “spokes-twin.” I figured it was a twin thing and enrolled them in separate preschool classes to force twin B to speak on her own. That seemed to help get twin B back on track, but her speech continued to lag a bit behind her sister’s. By four years old, twin B had begun speech therapy for articulation problems. The only other thing I noticed was that neither girl seemed to understand rhyming. I had no idea that this was an early sign of dyslexia.

Kindergarten seemed to go fine, except for one big red flag: Twin B developed extreme anxiety about books and reading. She would refuse to look at the words and would look out the window, at the floor, or anywhere else and just throw out random words. Twin A would make an effort but didn’t seem to make any progress at all.

The school put the girls in their reading-recovery groups. The next summer I enrolled them in a reading clinic through a teaching college. They went to that clinic for almost a year and a half but still with little results.

The big crisis came at the beginning of third grade. (Why is it always third grade?) Both girls were suffering extreme anxiety, manifesting in the complete refusal to cooperate with almost anything and violent tantrums daily. Thus began our diagnosis process and also began our wars with the schools. Both girls were diagnosed with AD/HD and language-based learning disabilities. Only then did I find out that all of the school’s programs and the reading clinic’s techniques were completely useless for their disabilities. I’d wasted years of time, money, and spirit on all the wrong stuff.

I wish I could say that things quickly changed for the better at that point, but we continued to flounder. There are many people out there in the business of helping “quirky” kids. They will all confidently tell you that that their way is the best way.

I wish I could give some sage advice about how to know who to believe, but the cure for one child’s problems may be useless for yours. All I can tell you is that it’s hard to go wrong with any reading program based on [the] Orton-Gillingham [method]. Unfortunately, finding and affording this type of program is not always easy. — by Drjohnson

My son is severely dyslexic, has attention and fine motor issues, and is extremely bright and social. He is the younger brother of a sister who hit all the milestones early. We noticed that in comparison he was very slow to meet motor and language milestones. When he was two and a half and still not talking, we [requested] a referral to Early Intervention — though our doctor did not see a need.

He was evaluated and qualified for speech and occupational therapy (OT) services. His language quickly developed, and it was clear he had some outstanding verbal skills — although he did show some classic markers of a language disability, including word-finding problems, strange syntax, and difficulty with irregular verbs.

At age 3 he qualified for school-based OT and physical therapy. At preschool, he did very well with routines and in the social scheme but avoided all tabletop activities such as drawing, scribbling, or painting. He preferred blocks, imaginative play, Play-Doh, and the sand and water table. We were a bit concerned because he didn’t seem to be developing any pre-reading skills.

Kindergarten hit, and he began to fail miserably. All phonemic-awareness activities were a disaster. He found writing extremely difficult despite OT intervention. Counting skills and one-to-one correspondence were delayed.

We know now that language delays and difficulties such as he had are markers for dyslexia. His fine motor difficulties foreshadowed dysgraphia. Difficulty with motor planning was a warning of future difficulties with planning, organization, and staying on task.

By first grade the school was giving him very heavy support, but despite their efforts he continued to flounder. He transferred to a new school specializing in multisensory teaching in third grade and began to thrive. — by Michellea