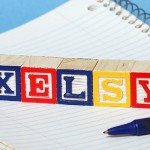 Definitions of dyslexia vary widely. Learn how to cut through the confusion to get help for your child.

In recent years, many famous and successful adults have gone public about their learning struggles, attributing a wide range of difficulties to dyslexia. The good news: This type of publicity raises public awareness of learning disabilities, which currently affect nearly 15 percent of Americans, according to the National Institute of Child and Human Development. The downside to widespread publicity: The media, medicine, science, educators, and the law describe and define dyslexia in many different ways, making it hard for parents to gain a clear understanding of what dyslexia really is. In this article, we’ll explore the current state of confusion and offer some straight talk about dyslexia.

Dyslexia is a specific learning disability that is neurological in origin. It is characterized by difficulties with accurate and/or fluent word recognition and by poor spelling and decoding abilities. These difficulties typically result from a deficit in the phonological component of language that is often unexpected in relation to other cognitive abilities and the provision of effective classroom instruction. Secondary consequences may include problems in reading comprehension and reduced reading experience that can impede growth of vocabulary and background knowledge. (Adopted by the IDA Board in November 2002 and by the National Institutes of Health in 2002.)

The Learning Disabilities Association of America (LDA) defines dyslexia as a learning disability in the area of reading.

These organizations point out that the term dyslexia is defined in many different ways. While reading is the primary problem, some definitions of dyslexia also include difficulties with:

With this definition in mind, let’s explore the confusion that exists on this subject by looking at how various professions view the problem.

The medical and scientific models of dyslexia

The cause and effect of dyslexia are of concern and interest to doctors and research scientists. Interestingly, the Diagnostic and Statistical Manual of Mental Disorders (DSM-IV™), published by the American Psychiatric Association, makes no reference to dyslexia. It does, however, include conditions called “reading disorder,” “expressive language disorder,” and “disorder of written expression” — all of which might fall under the umbrella of dyslexia.

On the research side, however, many well-known neurologists and scientists who conduct brain research tend to use the term “dyslexia.” For example, Drs. Bennett and Sally Shaywitz, co-directors of the National Institutes of Child Health and Human Development’s Yale Center for the Study of Learning and Attention, use functional magnetic resonance imaging (fMRI) to study brain activity during reading tasks. Their work has helped establish the neurological basis for the disorder they call dyslexia.

What educators say about dyslexia

Many educators don’t use the term dyslexia. They talk instead about specific learning disabilities or language processing disorders because, they point out, dyslexia is a broad term which isn’t very helpful in developing a targeted educational program to meet a child’s individual needs. Teachers believe that by pinpointing exactly where the breakdown occurs in a child’s language processing (e.g., word recognition/decoding), they can choose the most effective instruction and assistance for the child.

Public schools are guided and governed by education law. How does the law define dyslexia? Both the Individuals with Disabilities Education Act (IDEA) and the Code of Federal Regulations for public education name dyslexia as one example of a specific learning disability. Let’s take a closer look at the law:

Both IDEA and Federal Code (300.7) currently define specific learning disability as: “a disorder in one or more of the basic psychological processes involved in understanding or in using language, spoken or written, that may manifest itself in imperfect ability to listen, think, write, read, write, spell, or to do mathematical calculations, including conditions such as perceptual disabilities, brain injury, minimal brain dysfunction, dyslexia, and developmental aphasia. This term does not include children who have learning problems that are primarily the result of visual, hearing, or motor disabilities; mental retardation; or environmental, cultural or economic disadvantage.”

The conditions named in this federal law are very general, each one encompassing several specific disorders. Many educators — and most major advocacy groups — consider these legal terms and definitions outdated and impractical. So, while the law stands, the language and definitions it contains aren’t always used by the very professionals to whom they apply.

Parents: Frustrated and confused about dyslexia

As you can see, dyslexia is portrayed and defined in a variety of ways — in the media, education law, medicine, science, and schools. These definitions are often inconsistent and incomplete. Many parents seeking help for their children with learning problems are understandably confused about dyslexia. Consider a comment one mother made:

“My daughter is in special education and has an IEP. I’m convinced she has dyslexia. But the resource specialist at her school says they don’t even test for dyslexia!”

Parents grow frustrated with their children’s school districts, when, in many cases, they’re simply using different terminology than the educators they’re trying to work with.

Cutting through the confusion

By now you have some context for the variety of ways the term “dyslexia” is used. How can you cut through the confusion and get help for your child? Here are some suggestions:

It’s likely that the media portrayal and public perception of dyslexia will remain confusing for years to come. Our advice: Don’t waste time and energy reacting to what you see as misinformation in the press! Instead, invest your energy in getting the straight story from the people and resources that can directly help your child.