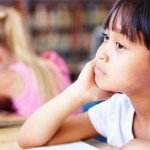 The truth behind seven mistaken beliefs about ADHD.

Few psychological conditions have generated more discussion in recent years than attention deficit hyperactivity disorder (ADHD). Yet, people continue to harbor many mistaken beliefs about it. Read on to learn the truth about ADHD.

ADHD has been recognized as a legitimate diagnosis by major medical, psychological, and educational organizations, including the National Institutes of Health and the U.S. Department of Education. The American Psychiatric Society recognizes ADHD as a medical disorder in its Diagnostic and Statistical Manual of Mental Disorders — the official mental health bible used by psychologists and psychiatrists.

Attention deficit hyperactivity disorder (also known as attention deficit disorder) is biologically based. Research shows that it’s a result of an imbalance of chemical messengers, or neurotransmitters, within the brain. Its primary symptoms are inattention, impulsiveness, and, sometimes, hyperactivity. People with ADHD typically have a great deal of difficulty with aspects of daily life, including time management and organizational skills.

Myth #2: Children who are given special accommodations because of their ADHD are getting an unfair advantage.

The federal Individuals with Disabilities Education Act (IDEA) requires that public schools address the special needs of all children with disabilities, including children with ADHD. Special accommodations, such as extra time on tests, simply level the playing field so that kids with ADHD can learn as successfully as their non-ADHD classmates.

More than 70% of the individuals who have ADHD in childhood continue to have it in adolescence. Up to 50% will continue to have it in adulthood. Although it’s been estimated that 6% of the adult population has ADHD, the majority of those adults remain undiagnosed, and only one in four seek treatment. Yet, without help, adults with ADHD are highly vulnerable to depression, anxiety, and substance abuse. They often experience career difficulties, legal and financial problems, and troubled personal relationships.

Girls are just as likely to have ADHD as are boys, and gender makes no difference in the symptoms caused by the disorder. But because this myth persists, boys are more likely to be diagnosed than girls.

Myth #5: ADHD is the result of bad parenting.

When a child with ADHD blurts things out or gets out of his seat in class, it’s not because he hasn’t been taught that these behaviors are wrong. It’s because he cannot control his impulses. The problem is rooted in brain chemistry, not discipline. In fact, overly strict parenting — which may involve punishing a child for things he can’t control — can actually make ADHD symptoms worse. Professional interventions, such as drug therapy, psychotherapy, and behavior modification therapy, are usually required.

Myth #6: Children who take ADHD medication are more likely to abuse drugs when they become teenagers.

Actually, it’s just the opposite. Having untreated ADHD increases the risk that an individual will abuse drugs or alcohol. Appropriate treatment reduces this risk.

The medications used to treat ADHD have been proven safe and effective for more than 50 years of use. These drugs don’t cure ADHD, but they are highly effective at easing symptoms of the disorder. The drugs do not turn kids into addicts or “zombies.”

Myth #7: People who have ADHD are stupid or lazy and never amount to anything.

People with ADHD are of above-average intelligence, recent studies show. They certainly aren’t lazy. In fact, many well-known, high-achieving individuals from the past are thought to have had ADHD, including Mozart, Benjamin Franklin, Abraham Lincoln, George Bernard Shaw, and Salvador Dali. The list of high-achieving ADDers in business today includes top executives, such as David Neeleman, founder of JetBlue Airways, and Paul Orfalea, founder of Kinko’s.