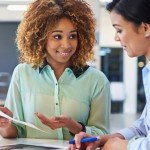 Advocating for their child, some parents lobby the teacher for good grades. Could your hard-working student's grades be nullified by her peers' grade inflation?

A friend who teaches English at a high performing high school in Silicon Valley recently took me out for a glass of wine to help her brainstorm a new career. This didn’t make sense. After all, she adores kids and literature and seems to spend every waking moment devising new lesson plans to extract teen-friendly meaning from Robert Frost or Jane Austen. But long hours, she told me, were not why she’d begun eyeing the exit sign.

“Actually, it’s the parents,” she confessed with a wince. Then she launched into a story about one father who recently planted himself in her classroom during one of her lesson planning periods to complain about his son’s mediocre grades.

Grade grubbing. It’s been a perennial pet peeve in the ivory tower for decades. A college student – stricken with the letter chosen to represent his work – petitions his professor during office hours. Do you know what a B minus will do to my law school admissions/honor roll/resume? Have you no mercy?

Why all children are above average

Some professors stick by their guns, refusing to budge from the original grade or warning that re-grading may result in an even lower one. But some experts suggest that over the years the culture of grade entitlement has taken its toll on standards in the form of widespread grade inflation. According to gradeinflation.com, a site begun by former Duke professor Stuart Rojstaczer, between 1920 and 2006, the average grade has gone from just above a 2.3 (C plus) to 3.0 (B). He believes grade inflation as a result of professors internalizing student expectations. These days, in some elite colleges, anything less than an A minus is a sign of pending academic failure.

According to teachers, grade grubbing isn’t limited to our institutions of higher learning, but occurs in high school, middle school, and even elementary school. But it’s not students wheedling for a higher grade, it’s their parents. Why are parents so frantic about their children’s grades — not just in high school but when the child is still making mud pies and playing with dolls?  At a time when many high schools are regarded as less than adequate and there are fewer spots in good colleges (and fierce competition for scholarships to cover rising college costs) parents feel pressure to get their child on the right educational escalator as early as possible. It may not be just or even rational, but even grades from a child’s early school years function as a tollbooth by which she gains access (or not) to honors programs, specialty schools and enrichment programs.

When push comes to shove, the child loses out

“Some parents seem to feel that even after final grades are posted, they have recourse to change them just by talking to the teacher,” says one third grade school teacher who requested anonymity. She recalls a particular case when she repeatedly talked with a mother about her daughter’s reading issues, without success. But once the girl’s low grade in reading was posted, the woman went ballistic.

“[The mother] came to my room when I was alone and tried to physically intimidate me into changing her child’s grade,” the teacher recalls. “When I showed her the grade books and reminded her that I’d been trying to talk to her about her daughter not meeting grade-level standards, she took my grade book and put it in [her] bag, with me trailing behind her [as she] marched down to the principal’s office to prove me wrong. Luckily, the principal was supportive of me, but my relationship with the parent deteriorated after that. It made it very hard to work with the little girl, who was sweet, but wasn’t learning to read.”

Indeed, for many teachers the pressure to change grades is so uncomfortable that they cave in to parent demands. “A lot of teachers I’ve spoken to say it’s more trouble than it’s worth to argue with parents, so they just change the grades,” she says. “I don’t know how many of them understand that grades are up to them and they don’t need to back down — and that most education codes and unions will back the teacher.”

Charity Preston, who teaches elementary school students in Sandusky, Ohio, says she’s seen the issue crop up most frequently with parents of gifted children. “Many parents expect their child to get an A, period,” says Preston, who adds that in schools where there’s an honor roll, it becomes a matter of social competition among parents.

She once overheard a parent ask another teacher: “Why isn’t my child getting an A? That’s your job.” In response to such misconceptions, Preston says she takes great pains to educate her parents that she doesn’t give grades at all: The children earn them.

Is this just further evidence of the culture of entitlement that’s swept the nation? Certainly, in some cases. But Lee Jenkins, a former superintendent in Redding, California, says that many parents are genuinely confused about grades — and they have good reason to be. As a superintendent, he issued a survey asking teachers the following question: If a student aced all their projects and tests in a given class but never once handed in their homework, what grade would you give the student? “I got answers from A, B, C, D, and F,” he explained. “In other words, there was no consistency.”

“At the very worst, grades are a form of currency — you get this if you do this,” said Jenkins. “But ideally, they are perfectly correlated with learning — giving kids and parents a picture of what the child knows. Too often, points are deducted for decorum, when grades should [reflect] learning.”

Other educators note that grade grubbing is a natural extension of helicopter parenting: parents try to manage every aspect of their children’s lives. Julia Simens, a school counselor based at an international school in Thailand, says she often hears parents complain about their children’s grades, when in reality they need to allow their children to experience failure. “As a parent, you cannot help your child learn to be responsible unless you let them take responsibility in their own educational process.”

How to get answers about your child’s grades

This doesn’t mean parents shouldn’t ask about their child’s grades if they have questions. Every teacher we spoke to said they welcome the conversation, as long as the focus is on clarifying the assignment and grading method, as well as helping the child improve. It’s also possible that the teacher made a mistake, and a tempered conversation will allow the teacher to rethink her decision.

“It’s important for parents to go to the teacher with an open mind for an honest conversation,” explains Preston. “Don’t be on the attack, fuming and screaming about the grade. Sometimes, kids don’t give parents a complete picture, so first talk to the teacher. And in the end, the teacher and the parent need to come up with a plan together. And the parent needs to follow through to make sure Johnny gets his homework done. That’s the area where the parents have the most power to change things.”