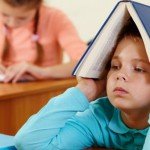 Learn about recent improvements made to Section 504, a civil rights law that now provides protection and accommodations to even more students with LD and/or AD/HD.

Did you know that, effective January 2009, eligibility for protection under Section 504 of the Rehabilitation Act became broader? Some students who did not qualify for Section 504 in the past, or who were not eligible for services and supports under the Individuals With Disabilities Education Act (IDEA), may now qualify for Section 504 plans. Students with such plans may now qualify for additional supports, services, auxiliary aids and/or accommodations in public schools. For many students with learning disabilities (LD) and/or AD/HD (Attention-Deficit/Hyperactivity Disorder), this is good news! These positive changes are the result of recent amendments to the Americans With Disabilities Act (ADA), a broad civil rights law that also impacts Section 504.

What’s the connection between Section 504 and the ADA?

What does the ADA Amendments Act of 2008 (ADAAA) have to do with Section 504? Both are civil rights laws that protect individuals with disabilities from discrimination. Section 504 was enacted in 1973 and applies to all programs and activities that receive federal financial assistance. This includes public schools, colleges and universities as well as certain employers, state and local government programs and places of public accommodation (such as public libraries). So the common denominator between Section 504 and the ADAAA related to school-age students is protecting students with disabilities from being discriminated against in public schools.

The ADAAA includes a conforming amendment to Section 504 of the Rehabilitation Act; meaning that the newly expanded coverage under the ADAAA also applies to Section 504. Matt Cohen, an attorney who works on behalf of children with disabilities in disputes with public schools, explains, “Because ADA and 504 are interpreted in parallel, the ADAAA will be applied to the public schools in their interpretation of both the ADAAA and Section 504.”

How things have changed with the ADAAA

Because of the ADAAA, more students may now qualify as persons with disabilities entitled to protection from discrimination based on their disabilities. They also may be eligible to receive special education or general education with related services and reasonable accommodations, including auxiliary aids and services in school, under Section 504.

What does this mean for your child?

Now that you have a sense of how the ADAAA affects the interpretation of Section 504, you’re probably eager to know how these changes might help your child. While every situation -– and every child -– is unique, we’ll provide answers and action steps for some of the most common questions here.

Question: My child receives informal accommodations that his teacher or other school personnel (for example, a counselor or nurse) provides. Should I request these accommodations be formalized through a 504 plan?
Answer: Yes. By documenting that your child has a disability that substantially limits a major life activity (for example, learning or concentrating), you are ensuring the legal protections provided by federal law. You’re also providing documentation that will be important in the case of transitioning to a new school or setting, a new teacher, or some other life event.

Question: My child was previously found ineligible for services under IDEA, but a 504 plan was not discussed at that time. Since the ADAAA has broadened eligibility requirements, should we reapply?
Answer: Yes, you should request a 504 evaluation if you believe your child could benefit from a 504 plan. Because of the similarities between the IDEA and Section 504 “child find” requirement to provide a free, appropriate public education, schools should begin paying particular attention to students found ineligible for services under IDEA and be willing to discuss whether accommodations under a 504 plan are appropriate for the child.

Question: My child was previously found ineligible for a 504 plan. Should we reapply?
Answer: Yes, especially if you believe the denial was directly related to the old interpretation of the law, such as finding that there was no substantial limitation of a major life activity or denial due to use of a mitigating measure such as medication.

Question: My child already has a Section 504 plan. Should I ask if he is allowed additional (or different) accommodations under the ADAAA?
Answer: Yes, if you believe that your child will benefit from additional or different reasonable accommodations, auxiliary aids, supports or services. Once your child has a 504 plan, the school should be willing to have regular discussions about the effectiveness of the plan and whether adjustments need to be made to support your child’s success.

Question: My child has been eligible for services under IDEA, and now the school is proposing to end that eligibility. Should there be a discussion about a 504 plan?
Answer: Yes. Every year about 66,000 students in special education (3%) are declassified, which means their eligibility for services and supports under IDEA is terminated. It’s very likely that many of these children need accommodations for both classroom instruction and testing in order to succeed in general education. In those cases, a Section 504 plan might provide such accommodations.

Question: My teenager has a 504 plan and will soon be taking Advanced Placement tests and/or college entrance exams. What accommodations might she be allowed to use during those exams?
Answer: This is where the ADAAA and Section 504 intersect. National testing services are required under the ADAAA to provide reasonable accommodations, and most have information on their Web sites about how to document a disability and request accommodations. However, all documentation must be prepared well in advance. You and your teen will want to talk to her high school counselor about the required paperwork and the timeline for submission to the College Board, the ACT or Education Testing Service.

Question: My teenager has a 504 plan and is applying to college. What are the most important steps in assuring she gets what she needs in the college setting?
Answer: The most important thing to teach your teenager is to advocate for herself — to communicate what her disability is and what accommodations she needs to succeed.  Because each college establishes its own procedures based on its interpretation of the ADAAA and Section 504, it’s important to check with the college about its policies.

While public schools receive federal financial assistance under IDEA, they don’t receive any financial assistance to provide Section 504 plans. Schools may therefore view providing a Section 504 plan as a financial burden. Because there’s no requirement to collect data on how many students actually have 504 plans (Zirkel and Holler report in 2008 that 1.2% of students on average nationally have 504 plans), some schools and districts don’t track how many students benefit from Section 504 or the cost associated with serving those students.

The new law intends to expand eligibility and coverage; however, while new regulations are forthcoming from the Equal Employment Opportunity Commission on the ADAAA, Congress has urged the U.S. Department of Education, Office for Civil Rights (OCR) to maintain the current regulations and guidance related to Section 504. This means that parents will need to advocate for their children’s rights, and schools are obligated to ensure their current policies and practices are in full compliance with the new law.

Remain vigilant in the face of victory

While the ADAAA represents a victory for students with disabilities, you’ll want to be vigilant to ensure your child is treated fairly and appropriately. Through the ADAAA, Congress has intentionally expanded the ADA, which, in turn, broadens the interpretation of who should have access to 504 plans. Students with LD and AD/HD should directly benefit from the new law because the use of mitigating measures can no longer be the basis for denying 504 plans to students. If your child already has a 504 plan, you should work with your school’s 504 team, guidance counselor and other school personnel to make any appropriate changes.