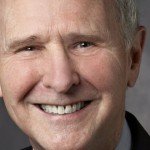 A Stanford University economist offers advice on how we can learn from the world's best education systems.

A senior fellow at Stanford University’s Hoover Institution, Eric Hanushek has spent a lot of time looking at the discrepancies between education in different countries — and just what it means that the United States continues to lag behind top-performing nations like South Korea and Finland. One of his recent studies concluded that if U.S. schools could become as high performing as Finnish ones, the economic gains would be equivalent to a bonus of six times our gross domestic product (GDP), amounting to $103 trillion.

GreatSchools caught up with Hanushek to get his perspective on global education and what we can take away from all those test scores.

GreatSchools: What can we learn from other countries’ education systems?

Eric Hanushek: If nothing else, it shows you what’s possible. Other more successful nations offer a benchmark. Seeing other countries makes us realize that there’s a lot of room for improvement.

GreatSchools: Which nations should be role models for American reform?

Hanushek: I find it difficult to see what we can take away in specifics. There are so many differences: Some countries have more homogenous populations, some countries have higher levels of parental involvement, some have large class sizes, some have smaller ones. There are nations with each of those characteristics that perform better than we do, so how can we know which specifics can make the difference for American schools?

There was one thing I got out of the McKinsey study [a 2007 report that analyzed high-performing school systems worldwide]. There was one line, I recall, to the effect that countries that perform well don’t let a bad teacher stay in the classroom very long. Somehow a lot of other nations have figured that out.

GreatSchools: Among high-performing countries, which one is most comparable to the United States?

Hanushek: Canada looks a lot like us. There’s an influx of immigrants; they have strong unions; it’s a federalist system. And yet it does better than we do, and it improves over time. Canada tends to equal out achievement over time — if you look [at] how students achieve in grade 4 and grade 8, kids improve the longer they are in school. Though I’m reluctant to say why. Everyone wants to go to Finland; I want to go to Canada.

GreatSchools: How can parents make use of information about education in other countries?

Hanushek: Parents are very important in education in terms of reading to their children and so forth. But they’re also immensely important because parents choose the school. Once you get your child into a school, finding them an effective teacher is the most important thing. You need to make sure you have good teachers in front of your kids.

Parents need to be more involved in how we make decisions about which teachers stay in the classroom. By tradition, a lack of aggressiveness [around firing teachers] and union contracts has meant that most of the decision making about who stays in the classroom and who doesn’t is the teacher’s own decision. We need to change this — we need to be more actively involved.

GreatSchools: Are there any ideas you would like the United States to adopt from other countries that the PISA (Programme for International Student Assessment) tests have brought into focus?

Hanushek: The PISA tests show that some nations have a lot larger concern about student performance. When the PISA results are announced, for instance, it’s front-page news in every local newspaper in Germany. But if you ask the average person in the Department of Education what PISA is, they’ll tell you it’s a tower in Italy. It doesn’t get that much attention here, but we ought to take it seriously.