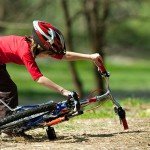 How to raise an independent child

Curious how you can raise independent kids without putting them at risk? See what the experts have to say.

My favorite scene in Finding Nemo is when Marlin (Nemo’s dad) encounters the wise, ancient turtles and their adorable offspring. One of those turtles — Crush, age 150 — has lived long enough to know a few things about being a dad. When his son Squirt, playing, gets accidentally shot out of the current they’re riding, Marlin rushes to rescue him. But Crush holds up a fin to stop him, “Kill the motor, dude. Let us see what Squirt does, flying solo.” Sure enough, Squirt has fun, finds his way back to safety and revels in his own sense of accomplishment. Crush is proud. And Marlin, watching, learns something: his intentions for Nemo are to protect him but his fear is teaching Nemo that he isn’t capable.

“How do you know when they’re ready?” Marlin asks Crush, recognizing his tendency to helicopter parent. “You never really know,” Crush answers, appropriately cryptic. “But when they know, you’ll know. You know?” Because, in this, you have to learn to pay attention and trust your judgment. We all have questions we’d like to ask Crush. But because he’s an animated character in a children’s movie, I asked some of the experts who offered me advice for Is that love or fear? instead.

The first step, says Dr. Robert Epstein, senior research psychologist at the American Institute for Behavioral Research and Technology and the former editor-in-chief of Psychology Today, “Is to fight against this trend.” Like Marlin, many parents don’t let their kids play outside, walk to school, ride their bikes in their own neighborhood, go to the playground alone, or do many things that made most of us adults confident and capable. Not letting kids do anything on their own sends the message that we think they can’t do it — even if we are just trying to protect them. And this is dangerous for their mental health. “There are things you can do,” he says. Create a culture within your own family that sends the message that whatever the rest of the world may say or do, you believe your kids are competent. “Even if you have to think in terms of your family as a desert island, where you live by your own rules.”

In fact, why not start by letting the kids decide how to get this going? “Let your children tell you one thing they think they are ready to do,” suggests Lenore Skenazy, author of Free-Range Kids: How to Raise Safe, Self-Reliant Children (Without Going Nuts with Worry). “Walk to school, ride their bike to the library, or make dinner — something they think they can do. Then, think about whether you might be willing to let them try it just once.” This is exactly what schools doing the “Free-Range Kids Project” propose to parents, she explains. And the results are fantastic. Skenazy says that parents who filled out pre-project surveys admit they are “very anxious” about doing it. But they overcome their anxiety and let the kids do the project and end up thrilled when their kids — like Squirt — come home happy and proud. “That’s because when parents see their kids as blossoming young men and women, instead of needy bundles of vulnerability, it changes them. Both generations are thrilled.”

“It makes no sense to say a kid is ready to perform some independence skill by a certain age,” says Mike Lanza, author of Playborhood. It all depends on the kid and if you are teaching them to be independent. Lanza let his son start small — with just a three-block range at age 5 — and work up to being able to ride his bike to local stores, make purchases, meet up with his friends, handle his own transportation to friends’ houses, organize his own play dates, and get himself home in time for dinner by age 10. “Parents should be teaching kids independence skills all along, not just wait for some magic age before they can walk across the street or walk to school alone.”

But the decision is not just up to you, points out Peter Gray, Ph. D., developmental psychologist and research professor at Boston College and the author of Free to Learn: Why Unleashing the Instinct to Play Will Make Our Children Happier, More Self-Reliant, and Better Students for Life. The world you live in affects your options and will react to your choices. And telling kids to go outside and play is not as simple as it once was. “There are no children out there to play with,” he says. “It was a child’s world in the ’50s.” But that has changed since. When our parents said to go out and play, there was likely a child’s world to play in. “That’s because there were playground supervisors and other services. So kids could go to the park alone. They could get equipment from that adult, ask questions. But towns don’t do that anymore.” You can change that though. Make an effort to create a neighborhood that encourages independence. Get together with other parents to pool funds to pay a retired person to supervise the playground after school, or open the school up for free play. “You could just have one teacher and a couple of teenagers after school,” says Gray. “It would solve a lot of problems.”

Want more? Read Is that love or fear?