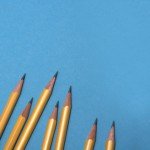 How a small but feisty school in Bridgeport, CT is overcoming the achievement gap.

There is not much luxury at Multicultural Magnet School. Nestled in a cluster of buildings behind a chain link fence in a gritty corner of Bridgeport, CT, this K-8 school exhibits the frill-less utilitarianism of thousands of public schools serving poor kids across the country. The computers are old. The lockers have taken a beating. Almost all of its students qualify for free or reduced lunch.

But this word of the week — emblazoned on a colorful bulletin board with definitions in English, Spanish and Portuguese — hints at an educational philosophy in action. Though these children may not enjoy tennis courts or a “Project Adventure” gym available to the students in neighboring Fairfield, they will come away with one invaluable resource: an education to help defy the odds.

Located in the lowest performing urban school district in Connecticut, where one third of the children live in poverty and only 35 percent of the students are proficient, Multicultural Magnet School (MMS) stands out as a beacon of high achievement. Named a National Blue Ribbon School by the U.S. Department of Education in 2007, MMS students score consistently higher than state averages (GreatSchools Rating 9). In 2011, test scores for MMS’s elementary school students were more than double those of other Bridgeport elementary students and its middle schoolers scored almost three times as high as district peers.

Bridgeport is the state’s second poorest city, but it’s located in wealthy Fairfield County (GreatSchools Rating 8), which a Ctpost.com columnist called “the rhododendron-lined hedge fund capital of the universe.” Not surprisingly, these extremes show up in the state’s educational outcomes: the gap between test scores of low-income and minority students and their white, higher-income peers are among the highest in the nation.

So what accounts for MMS’s success, given that it’s located right in the center of a yawning achievement gap?

No fancy gym, but a wealth of benefits

MMS provides tangible benefits to be sure: every student learns a second language — either Spanish or Portuguese — beginning in kindergarten, all kids get the opportunity to play a musical instrument, and the emphasis on cultural diversity makes for a rich and varied curriculum. From kindergarten through fourth grade, a multicultural teacher provides weekly lessons in music, art, and other cultural traditions from around the world. There is a multicultural show at the end of every school year, featuring music and dance from different countries, and MMS families bring dishes from every corner of the globe to potlucks organized by the school’s parent organization.

The school, founded 32 years ago, is one of a cluster of Bridgeport magnet schools established to foster and maintain racial diversity in the city’s public school system. MMS’s sister magnet schools, High Horizon (GreatSchools Rating 7) and Park City (GreatSchools Rating 6)  are also relatively high performing — and each has a distinct theme: High Horizons is language arts, Park City’s is science and technology. Multicultural Magnet’s theme from the start was cultural diversity, as expressed in its original school slogan, “Different is dynamite!”

Patrick Riccard, executive director of ConnCAN, a nonprofit organization that evaluates the state’s schools for its annual “Success Story Schools,” where MMS consistently makes the top ten list, has identified some of the elements common to the schools that make the list. Says Riccard, “We’ve found five criteria these schools share: a culture of excellence, strong leadership, great teachers, relentless use of data, and strong community [including parent] support.”

Factors like great teachers and strong leadership are indisputable but also highly subjective, and many schools that don’t perform like MMS will claim the same. But the other factors bear closer scrutiny.

If schools have personalities, Multicultural Magnet School’s is that of a giddy kid who can’t stop peppering you with good news and exciting plans for the future. From the moment you walk through the door, you’re assaulted with colorful posters, murals, and accolades to student success. Signs of high expectations embellish every wall of the school. “Start with a dream, finish with a future” cheers a poster on the main office wall, a theme echoed in hand-drawn student government campaign posters pinned on bulletin boards and classroom doors, including one that boasts, “Today, Vice President; tomorrow the world!”

“The school has an absolute focus on student achievement,” says Maria Zambrano, executive director of Excel Bridgeport, a nonprofit organization working to close the achievement gap at Bridgeport schools. Zambrano, who graduated from MMS, attended a neighborhood school before transferring to MMS in middle school. “MMS embraces student achievement as a great thing, encouraging students to do their best and to think about college from an early age. This was definitely not the educational climate at a lot of the other Bridgeport schools, and when I got to MMS, it was entirely new.”

A relentless eye on student progress

Administrators and teachers at MMS are scrupulous about monitoring each student’s progress, according to Principal Helen Moran. “We’re constantly gathering data and as soon as it’s evident that a student is struggling, we jump on it and give that student extra help, before a weakness becomes a serious problem.”

MMS has a literacy coach and a numeracy coach who work closely with teachers to identify problems; and kids who are struggling in either reading or math work with the coaches one-on-one or in small groups. English language learners get extra help from specialists in the school’s “Language Lab.” Middle school teachers give regular pop quizzes to evaluate how well students are grasping new material, and how lessons can be improved.

ConnCAN’s Riccard believes this kind of student assessment and support is essential, pointing out that, “We hear a lot about testing, everybody is testing, but far too often nothing is being done with the results. Schools need to use the data to focus on the kids who are having problems and give them the support they need.”

(Some aspects of MMS’s culture that resemble high-achieving charters like the KIPP schools — hard-driving, high-performing college preparatory schools intent on closing the achievement gap —  have been integral to MMS’s educational philosophy from the start, according to principal Moran).

“Most of our parents value the education their kids are getting here, and they really want them to succeed,” says Moran, citing the example of the family who had come to see her that morning. “I ran into a mother yesterday in the parking lot, and I mentioned in passing an issue involving her son. Both she and her husband were here first thing this morning to meet with me.”

If an active and involved parent population is one of MMS’s strengths, it’s also one of the criticisms leveled at the school by educators at other schools in the district. Moran and MMS teachers frequently hear the charge that MMS students do well because the school cherry picks its families. Though MMS doesn’t draw its students from wealthier suburban communities, as many magnet schools do, families must submit an application to MMS and students are selected on the basis of kindergarten readiness. Such criterion likely assures that MMS ends up with either more academically inclined kids or more involved parents.

Excel Bridgeport’s Maria Zambrano counters, “Some people think that kids in poverty can’t achieve at a high level, so if a school does well, there must be a special reason for it. But schools like MMS prove that kids living in poverty can be just as successful as other kids.”

The mysterious alchemy of a school defining the odds

Critics and fans alike have a tough time pinpointing exactly what makes MMS and schools like it rise above the rest — just as it’s impossible to say what alchemy of dedication, optimism, talent, and sheer pigheadedness makes any school work — not just in terms of achieving high test scores but in creating the kind of learning environment that inspires kids to succeed.

Still, there’s a lot we can learn from MMS and schools like it if we’re ever going to close the achievement gap, because such institutions are far too rare. In fact, when MMS students graduate, there is no guarantee they’ll have the opportunity to continue on the same high-achieving trajectory. Bridgeport’s three public high schools — Bassick (GreatSchools Rating 1), Central (GreatSchools Rating 2), and Harding (GreatSchools Rating 1) — all perform well below the state average.

Maria Zambrano herself went from MMS to Bridgeport’s Central High School, where she graduated as one of the top students in the district. Zambrano was a straight-A student, but when she got to college she had trouble keeping up with classmates from more competitive suburban schools. She recalls that she received a C on her first college essay and her professor said her work was mediocre (see Maria Zambrano’s story here).

Zambrano ended up succeeding in college but many poor and minority students don’t. Some 61 percent of white freshman end up graduating from college, compared to 39 percent of black and 49 percent of Latino freshman, according to the  Education Trust. While some minority students drop out for financial reasons, many don’t make it because their high schools haven’t prepared them for the rigors of higher education. And being poor jeopardizes your chances of attending college at all — no matter what your race. Research by the Education Trust found that in 2009, only 8 percent of low income 24-year-olds had attained a Bachelor’s degree, versus 82 percent of those with a high income.

A luxurious house, a pool, and a bowling alley

But if the future is sketchy for too many low-income and minority children, you’d never know it at MMS, where every child is encouraged to work hard and aim high. On a recent morning, two second grade students — a girl and a boy — hurried importantly to the principal’s office in time for morning announcements.

Over the fuzzy intercom, Principal Moran welcomed everyone to school, recited the Pledge of Allegiance, and made announcements. Then the second graders took turns defining the word of the week and using it in a sentence. “Luxurious,” one of them piped in a confident voice. “I can’t wait to build my luxurious house, with a pool and a built-in bowling alley!”