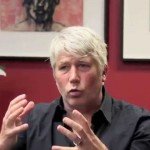 A single reason may not be enough to motivate your child to work hard, says Po Bronson, the author of NurtureShock. Here’s why — and what you can do about it.

More videos! Po Bronson describes differences in the way mothers in Hong Kong and the U.S. react after their children do poorly on an IQ exam, and discusses the COMT gene and your child’s biological response to stress.

Video transcript: "To accomplish almost anything in life, you actually need to have multiple motivations, and all the science says that if you have a singular motivation, you tend to not last at something. Volunteers who want to help out a nonprofit don’t last if they’re coming for just one reason — even if it’s a really good reason. You know, my sister died in the accident, and now I’m going to come help you. You have to have a lot of motivations. In that same way, motivation is sort of nested. Absolutely, we need to have a healthy amount of intrinsic motivation. We’re not in it just to beat people. We’re not in it… We’re in it because it’s a good thing, it’s healthy, we like it, it’s fun, mastery is a goal. But, layer on top of that the sense of comparing ourselves to others, wanting to fit in with others. Layer on top of that, possibly, the notability of grades as a form of a reward, a public acknowledgement, layer on that getting into college is a reward for years of hard work. These things add to performance. You should be driven by intrinsic desire for mastery, but you’ll perform yet higher because you’re pushed by other kids to do better. You’re in class, and that kid is doing great on their science project — and you can see how great they’re doing — and that pushes you not to turn in a lame science project. And what do you do? You end up learning a lot of science. And you end up loving science, even though you … only started it for the wrong reason: to not be worse than that kid. But you end up loving it. It’s more complicated than just there’s intrinsic and extrinsic."

Get the GreatSchools newsletter — our best articles, worksheets and more delivered weekly.
Sign up
Advertisement
Advertisement