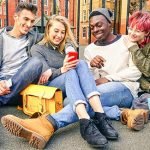 Where teens hang out

It’s 9:00 pm on a Saturday. Do you know what your teen is up to? Maybe yes, maybe not exactly. Here's what to know before you overreact.

Of the approximately 25 million American kids, ages 12 to 17, millions of them are probably exactly where they told their parents they would be: the mall, the high school dance, the “kick back” at Aidan’s house. You know Aidan? He’s the honors student who never gets in trouble.

But let’s be real. There are, in all probability, millions of other teens who aren’t anywhere close to where they told their parents they were going. Teens hone the life skill of telling Mom or Dad what they want to hear because they figure if they told the truth, their parents’ heads would explode. Plus, teens crave at least some privacy and autonomy, which is also developmentally appropriate. So when your teen tells you they’re headed to the movies or the mall, how do you know they’re telling you the truth? And if they’re not, where are they going?

The bracing truth is that in the 21st century, a teen is often seeking out and doing what teens have done for decades. Hanging out with other teens.

Teens hang out… there?

Jerusha Clark, co-author of Your Teenager is Not Crazy: Understanding Your Teen’s Brain Can Make You a Better Parent, says that if you’re on the lookout for teens in the wild, it’s not too hard to find them because they’ll be where there are other teens.

“That’s why you’ll find them hanging out in the parking lot of a 7-Eleven,” he says. “Even if it seems like there’s nothing going on there, the point is that other teens are there.”

“Basements are big,” psychologist John Duffy says, especially the basement where no parent is to be seen within a quarter-mile radius. Duffy, author of The Available Parent, has been working with teens for 20 years. And while basements and parking lots seem like pretty benign places to be, Duffy confirms that, yes, teens of all stripes “tell me they are often not entirely honest about where they hang out. I don’t want kids to sound too dastardly, but by and large, lots of times they aren’t where they say they are.”

A lot has changed since you were a teenager, but one thing hasn’t: Teens are thrill seekers by nature. The reason, Clark says, is the teen brain is programmed to want more. Clark says that it’s basic teen chemistry: teens are looking for that dopamine “high” that makes them “naturally drawn to situations and places where their dopamine will be raised.” Dopamine, explains Clark, is a neurotransmitter that, among other functions, gives us a pleasurable reward when stimulated.

And technology has altered the landscape for today’s teenagers, enabling them to seek out new possibilities for adventure, trouble, and outwitting their parents. Once they get bored with hanging out in the parking lot or the basement, all they need to do is reach for the miraculous screen tucked in their back pocket.

There’s the fad of taking selfies documenting daredevil stunts: standing on one foot, the other hanging in mid-air, on the roof of a tall building or even climbing up a crane. Then there’s the classically misguided, mid-getting-stoned selfie, which can live online forever for prospective colleges and employers to see. “By taking a picture and putting it up online,” says Duffy, “you are verifying that you’re out and, well, you’re 14.” There’s nothing cooler than that.

Then there are the stories that make parents cringe and want to track their child’s every move.

One clever way that teens get away with their adolescent antics is by setting up a second Instagram account that they call “Finsta,” as in “fake insta,” to which their parents are invited. So your child might put a picture with their friends at the mall on this Instagram account. If they’re up to no good, they can say, “You can look at my account. See, I was just where I said I would be.”

Or they might tell you where they’re going and just omit a few key details. Bruce Cameron, a counselor who works with adolescents in the Dallas, Fort Worth metroplex and has a 15-year-old son, says kids often go where they say for a short time, until they move on to the next spot, which their parents may not know about. “Like any good lie,” he says, “there’s a kernel of truth in it.”

To keep one step ahead of teens getting into risky business, Cameron recommends that parents supply teens with a charged mofie, a battery-powered charger, to head off the “My phone died” excuse.

Basic smartphone tracking and find-a-friend apps are simple ways to keep track of your teen’s whereabouts when you suspect he’s being less than forthcoming. But unless you are a programmer for Google, your teenager may be one step ahead of you. Duffy says he’s even heard tales of kids who don’t want their parents to know where they’re going putting their phone in a Ziplock bag in the bushes outside the A+ student’s house (Aidan again!) and then continuing on their merry (and untraceable) way. “I admire the ingenuity,” he admits.

The power of talk and trust

Take note, however, that even though tracking devices and teen avoidance measures abound, the research shows an authoritative parenting style — that is, one that is calm and kind while also setting firm limits — yields the most open, honest relationships with teens. Therefore, it’s your best chance of knowing where they flock (and what happens when they get there).

When your teen seems evasive, it’s important to remember that teens are most often spotted doing organized, meaningful activities — and the busier they are with constructive pursuits, the more likely they are to keep themselves out of trouble. Anna* (*name has been changed), a college freshman from Rancho Cucamonga, CA, says she had little time in high school for anything but school and extracurriculars. “I took all honors and AP classes. I was in the marching band and sometimes we had had 12 hours of practicing. It took up so much of our time we couldn’t do anything else.” With one exception: Anna, a musician, loved to see concerts, so when she would go, “I was pretty honest with them. I tell them almost everything,” says Anna, who describes her relationship with her parents as “very open.”

Nancy Darling, head of the Psychology Department at Oberlin College, has been researching teens and honesty for two decades. She says 98 percent of teens lie to their parents. It’s a worldwide (read: not just American) issue, she says. (Read more about this research in our article, When teens lie (because they all do).) Parents should take heart, though, because some lying is developmentally appropriate. According to Duffy, it’s part of a teen’s rebellion, which is a healthy part of establishing a personal point of view that’s separate from their parents’. Some rebellion, at least, is so normal that Duffy says he’d worry more about a teen who never, ever broke the rules or told a fib.

As if to illustrate perfectly, Anna adds, “But I wouldn’t tell them the whole truth. I would say I’m going to the show, but I would just tell them what would make them feel safe. They wouldn’t know there were mosh pits,” or that inevitably the police would come to break up the crowd and arrest rowdy kids. “It would get wild, but my friends and I knew to leave right away.”

Luke* (*name has been changed), an 18-year-old from San Francisco who is headed to college in the fall, credits his parents for keeping him from dangerous situations and spots. They hold him accountable, he explains, and basically expect him to be a responsible and good kid. “My parents set me up well,” says Luke. “They talk to me a lot.” So although he went to a lot of parties, and even held many of his own that sometimes spun out of control, swarmed by tougher teens looking for trouble, he has graduated without getting into it himself. “They trust me to make good choices.”