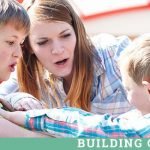 Many school districts are teaching kids to respond peacefully to conflict — and seeing improved behavior and fewer suspensions as a result.

The first time he got in trouble, 7-year-old “Z” kicked his teacher — getting him into more trouble.

A few months later, shortly after his grandfather passed away, he kicked his teacher again.

In many schools across the country, where zero-tolerance policies don’t allow wiggle room for understanding why a child may be misbehaving, Z would have been suspended, expelled, or even arrested.

That was how Z’s school district in Broward County, FL, had operated for years — enforcing zero-tolerance policies and arresting or suspending children (most of them students of color, and often students as young as Z) at a higher rate than any other school district in the state.

On one level, of course, a zero-tolerance policy makes sense. After all, schools can’t be safe places if students are allowed to kick their teachers. Order must be maintained. What could be clearer than saying that misbehavior will not be tolerated?

But on another level, every child is different, and students need the right kind of support if they are to be able to learn and grow. Different kids bring different sorts of issues with them to school, and punishment is rarely the best way to help a child who is in need of love and support.

Punishing children harshly does nothing for their ability to succeed academically, and statistics show that it contributes to the achievement gap. Suspended students spend less time in class, which correlates to lower test scores and grades and increased apathy and dropout rates.

Instead of being suspended, Z was placed in Behavior Change, a program the district had organized, where trained professionals teach children how to deal with their emotions and make better choices. His mother is relieved; Z still has a chance to be whatever he wants to be in the future, she says.

That distinction — keeping kids in the classroom, and out of the courtroom — is what Broward County superintendent Robert Runcie and a growing number of school leaders across the country are saying can make the difference in putting a child like Z on a path to success, instead of a path to prison.

This is a major challenge for American schools today: changing the way adults respond to student conduct, particularly with students of color. Consider this: today, American public schools suspend roughly 3.5 million kids a year — more than twice the rate in the 1970s — and refer a quarter of a million children to the police for arrest.

Worse still, educators suspend black students at more than double the rate of white students — even though statistics show that a student who is suspended or expelled is three times as likely to be in contact with the juvenile justice system the following year.

“When adolescents experience injustice in any context,” explains UCLA professor Phillip Goff, “they end up committing crime at much higher rates later in life regardless of how likely they were to be involved in crime to begin with. That is a sobering statistic. It means we can now show that injustice causes crime.

“When you expose young people to injustice, they lose hope that playing within the rules and working hard is going to pay off. They start to believe more and more that we live in a world where the goal is simply to get by and get over — and when you are teaching that implicitly, you shouldn’t be surprised that discipline becomes a problem.”

The good news is that more schools are heeding the advice of experts such as Goff, and adopting restorative justice programs, which is an alternative approach to school discipline.

Restorative justice programs provide a way to repair the harm that occurs between people when conflicts arise. What they are showing is that when victims, offenders, and community members meet to decide how to do that, and do it well, the results can be transformational.

This is happening in Oakland, CA. The city’s school district is nearly 75 percent nonwhite, 75 percent of students meet the requirements for the free or reduced-price lunch program, and the district has experienced extensive discipline and violence issues. In 2012, however, the district expanded its adoption of restorative justice work and has seen change for the better.

It works like this: instead of suspending or expelling students who misbehave, schools with restorative justice programs bring kids together — often with fellow students — to meet with a trained adult who’s skilled in facilitation in order to resolve their conflicts peacefully. The goal is to build a stronger community in the process.

Howard Zehr, a distinguished professor at Eastern Mennonite University who is regarded as the grandfather of restorative justice, puts it this way: “Typically, the questions our traditional systems try to address are: What rules or laws were broken? Who broke them? And what do they deserve?”

By contrast, restorative justice (RJ) asks a different set of questions: Who has been hurt? What are their needs? And who has the obligation to address those needs and remedy the harm that has been done?

Students are now asking for a circle, says one Oakland school staffer. “Instead of throwing a punch, they’re backing off and asking to mediate (conflicts) peacefully with words. And that’s a great thing.”

Better yet, it’s working. According to a September 2014 report that the district submitted to the Office of Civil Rights at the U.S. Department of Education:

• More than 88 percent of the teachers reported that restorative practices were very or somewhat helpful in managing difficult student behaviors in their classrooms.
• More than 47 percent reported that RJ helped reduce office referrals, and 53 percent said it helped reduce disciplinary referrals for African American students.
• Suspensions have declined significantly; most significantly for African American students suspended for disruption and/or willful defiance, a decrease of 40 percent.

What’s going on at your school?

Knowing this, here are a few good questions to ask the leaders at your child’s school:

• “What is your approach to school discipline?” “Do you have any zero-tolerance policies here?” “If yes, are you willing to consider exploring a shift to a restorative justice program?”
• “What are the disciplinary statistics of the school?” “How often do you suspend students?” “How often are kids behaving violently?”
• “How are you helping students develop the skills they need to manage their emotions and make better choices in their interactions with other people?”
• “In what ways are the teachers here being trained to become more sensitive to the different cultural needs and possible trauma of their students?”

The key to a safe and healthy school climate has less to do with the children, more to do with the adults. The approach school administrators, teachers, and other adults take to school discipline can make all the difference. As Broward County superintendent Robert Runcie puts it, “It isn’t about improving student conduct as much as it is about changing the way adults respond to student conduct.”