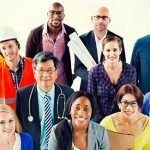 The high costs of skipping college

In a midsize town in Anywhere, USA, five employees of St. Mercy Hospital attended the same public high school. It would seem that they’re running on the same track as adults, but their lanes are very different because of decisions made in high school.

Mario’s part-time job cleaning a fast food restaurant was so helpful to his family’s finances that his parents decided it would be best for him to work full time — and quit high school. A couple of years later, he found a better job in custodial at the hospital. After five years on the job and one promotion, he now makes $22,000 a year.

Carlos graduated from high school the year Mario was supposed to. He has not been in his job — patient transporter — as long as Mario has, but Carlos already makes $27,900 a year.

Their high school classmate Brianna earned an associate degree that prepared her for her anesthesia technician position where she earns $37,300 per year.

Their friend Mel, who graduated from a four-year college, earns $55,000 per year as a nutritionist.

His friend Carmen just got her Master’s degree in nursing, and she is starting her new job at $85,000 a year.

Paycheck differences over a lifetime

Although many people understand that professions such as doctors and lawyers are only open to those who have spent many years in college, few understand just how much not doing well in school costs in literal terms — every step of the way. Jobs within an industry, such as in the medical field scenario above, offer a vivid example of how this plays out.

Even within the same occupation, more education typically equates to more money. Truck drivers with less than a high school education make $1.3 million over a lifetime, a Georgetown University study found, compared with $1.5 million for truck drivers with a high school diploma. Elementary and middle school teachers with a bachelor’s degree make $1.8 million over their working lives, compared to $2.2 million for those with a master’s degree.

As many as 31 percent of African American students and 27 percent of Hispanic students are not graduating from high school, and it’s costing them for the rest of their lives. High school dropouts earn on average $24,000 a year — amounting to $973,000 over a lifetime. With a high school diploma, students earn about $32,000 — an additional $330,000 over their lifetime.

High school graduates are seeing the same dilemma when compared to their peers with college degrees. In fact, the income gap between recent high school graduates and college graduates is even larger. According to a Pew Research Center analysis, in 2018 a recent four-year college grad earned an average $24,700 a year more than a recent high school grad. Plus, the more education someone has, the more likely they are to be employed. Over a lifetime, this can add up to a difference in earnings of $1 million to $4 million.

Without a college degree, high school graduates are more likely to live in poverty, more likely to be unemployed, more likely to work part time instead of full time and therefore less likely to earn benefits, such as health care, with their jobs. In the end, this has long-term effects beyond a paycheck. The quality of the health, food, child care, and schools is lower for those making less money. People with less education are less likely to own a house (which builds equity), create a long-term savings plan, or even build a nest egg for emergencies or retirement. And those without a high school degree face more difficulties.

Although college is a road to a changed and (literally) richer life, those affected by the academic achievement gap often face more financial hurdles if accepted into college. Since many low-income students attend schools that do not require rigorous college prep coursework, even some of the most promising students find that they must spend precious time (and dollars) enrolling in remedial classes. According to Strong American Schools, 41 percent of Hispanics and 42 percent of African Americans need remedial classes in college.

College not an instant jackpot

To make matters worse, more African-American and Hispanic college students graduate with higher levels of college debt than their white or Asian-American counterparts, many of whom walk away debt-free.

With tuition skyrocketing, it’s not surprising that a college degree looks more and more like an absurdly expensive luxury. But in the long run, getting that higher education typically pays for itself, and then some.

The problem is that many parents write off college as unaffordable too early in the process. As a result, they don’t encourage children to dream big. They are often indifferent about high school, and their kids have not taken the more challenging classes that would prepare them for college work. But the truth is that financial aid can potentially pay for most, if not all, of the costs of college. In fact, some low-income students — especially the high-achieving ones — pay only a fraction of the average costs.

Get kids on college track

So what’s a parent to do who worries that their child may not be on the road to college?

1. If your child is in elementary school, now is the time to focus on supporting their basic skills (reading, writing, and math) and building passions and curiosity. Armed with curiosity and the ability to read and think, your child will become a lifelong learner, which is crucial to most careers today.

2. If your child is in middle or high school, make sure they are getting rigorous college prep course work. Ask the teacher or principal whether the classes your child is enrolled in are the most challenging ones available — and whether they’re designed to prepare kids for college work. Don’t let your schools fail your child. It may mean finding a different school for or learning to advocate effectively.

3. Explain to your child the financial advantages of doing well in school — not just to pursue a professional career, but any job in any area of life in which they’re interested. Even if your child wants to be a musician or an athlete, the fact is that it’s the educated musicians and athletes who end up having the business, writing, and math skills necessary to manage their careers successfully.

4. Finally, don’t underestimate the power of your dreams for your child. Talk to your child about college and make it something they can see as part of their future. Studies show that parents’ academic expectations have a huge effect on their children’s success in school. Even if you don’t have diplomas and degrees (or don’t speak English) you can communicate the importance of school and motivate your child to stay on the path to college.