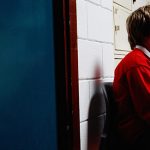 Corporal punishment in public schools is more common than you might guess. But experts agree this punitive tactic doesn't work and has lasting, harmful consequences.

One smack for disobeying. Two smacks for shoving another student. The idea of a school official hitting a child with a wooden paddle might sound archaic, like a throwback to the days of the one-room schoolhouse. But corporal punishment, which includes spanking, paddling, and hitting children to punish misbehavior, is legal in public schools in 19 states. It is also legal in private schools in every state except New Jersey and Iowa. And while not all schools in those states use physical force to discipline students, many of them do.

More than 92,000 students were on the receiving end of corporal punishment during the 2015-16 school year (the most recent year for which national data is available), for infractions ranging from being late to class to cheating on an assignment. Mississippi, Texas, Alabama, and Arkansas reported the most instances; in each of those states, more than 10,000 students received a physical punishment. Louisiana, Florida, Missouri, Oklahoma, and Tennessee each reported thousands of K-12 students were physically disciplined. Elementary school students tend to receive corporal punishment more often than students in middle or high school.

Some schools require parental consent before students are spanked or paddled, but many do not. At some schools, students can choose between corporal punishment and detention. And most schools specify a maximum number of “licks” or “swats” a student may receive. For example, according to the student handbook for Bokoshe, OK public schools, students can receive up to five “swats” each day.

Others school districts’ policies are more vague. At George W. Long Elementary School in Dale County, AL, teachers have “the authority and responsibility to use appropriate means of discipline up to and including corporal punishment” to ensure order in their classrooms. Students in the district may also receive corporal punishment if they violate the school’s dress code more than once by wearing things like sweat pants, tank tops, or skirts that are too short.

Proponents of corporal punishment, who include some parents and educators in their ranks, say that hitting kids teaches them that there are consequences for bad behavior. But experts agree that corporal punishment doesn’t improve student behavior, has lasting harmful effects for those who are hit, and is disproportionately doled out to Black students, boys, and students with disabilities. And the research backs them up.

“It’s never successful,” says George Holden, a professor and developmental psychologist at Southern Methodist University. “There are always better solutions to dealing with child problems than hitting a child.”

Spare the rod and spoil the child? The truth is, hitting kids doesn’t work.

Research shows that corporal punishment doesn’t make kids behave better, even in the short term. “The actual short-term impacts on students are fear, anger, and physical pain,” says Elizabeth Gershoff, a professor at the University of Texas at Austin’s Department of Human Development and Family Sciences. She notes that young adults who experience corporal punishment often report that it also leaves them “wanting revenge.”

And in the long term, being hit by adults shapes the way children view violence, with consequences that play out throughout their lives. George Holden, the professor from Southern Methodist University, notes that corporal punishment has been linked to depression, anger, and hostility. “If it’s done enough to children, it teaches them to use aggression, and they will use it throughout their development and as they get older,” he says, noting that this aggression may play out in future relationships with spouses and children.

Most of the research on the psychological effects of corporal punishment looks at physical punishment inflicted by parents at home, but Holden believes that the consequences of spanking students at school are just as severe. “Children who are paddled in most cases in the U.S. are not necessarily compliant and better students, but just the opposite,” he says. “They do worse, they have mental health problems, they’re embarrassed about it, they don’t want to go to school because of it. There’s a whole slew of problems associated with it.”

The move toward positive — not punitive — discipline

Robeson County School District was one of the last school districts in North Carolina to make the switch. For years, parents could opt into the district’s corporal punishment policy, and some did — possibly because while corporal punishment in schools may seem outdated to some, more than 70 percent of parents polled in the most recent version of the University of Chicago‘s General Social Survey said they believe spanking is sometimes necessary for disciplining a child.

When the Robeson County school board voted to end corporal punishment in the district, the proposal passed by just one vote. Many parents in the district lobbied against the change. At an elementary school PTO meeting just before the board’s vote, 100 parents asked that the policy be kept in place. Parents told local news outlets that they wanted to be able to choose how their children were disciplined in school. School administrators, though, were ready for the policy to go.

“It was time,” says Karen Brooks-Floyd, Robeson County’s assistant superintendent for administration, community engagement, and auxiliary services. “We needed to find alternative ways to help our students.” Now, instead of using corporal punishment, the district uses a multi-tiered system of supports to help students with behavioral problems. For example, school counselors teach all students skills like empathy, and help students learn to recognize bullying and harassment. The district also has school social workers and a youth development specialist who work carefully with teachers to develop individual behavior plans for students who need them.

Instead of responding with violence when students misbehave, teachers and support staff at Robeson schools focus on helping students learn to replace bad behaviors with good ones. The idea is to teach students coping mechanisms and skills that will set them up for success, rather than focusing on punishment. “We have to remember that behaviors are taught,” Brooks-Floyd says. “It is very important to focus on the whole child and their needs.”

And it works. Studies have shown that when schools move away from corporal punishment, fewer students are suspended. “Schools throughout the country have been able to successfully manage children’s behavior without corporal punishment,” says Gershoff, noting that positive discipline does not mean no discipline. Positive behavioral interventions like the ones that Robeson schools now use are a particularly popular alternative, she says, because they reward and encourage good behavior while avoiding the damaging effects of physical punishment.

Putting an end to corporal punishment

State initiatives have similarly failed to garner support. In Kentucky, state Representative Steve Riley has filed a bill to end corporal punishment every year for the last three years, but it has not passed. Riley says that while there is not a lot of opposition, the main resistance comes from people who think student discipline is an issue best left up to local regulation. He persists, he says, because he believes it’s in the best interest of students. When students being punished don’t improve, he says, it’s clear that the system is broken.

Riley is a retired school administrator and grew up attending a school that used corporal punishment. There, he says, the same students were spanked over and over again, and they were most often the ones who came from difficult backgrounds. “They need to be loved,” he says. Not paddled.

How to find out whether a school uses corporal punishment

Schools are required to report whether they use corporal punishment. So, if you live in one of the 19 states that still permit it, here’s how you can find out how often your school has used this violent form of discipline.